In Remembrance of Byron Morris 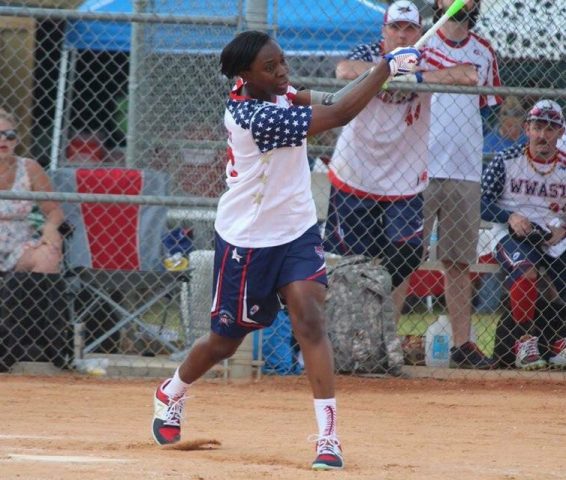 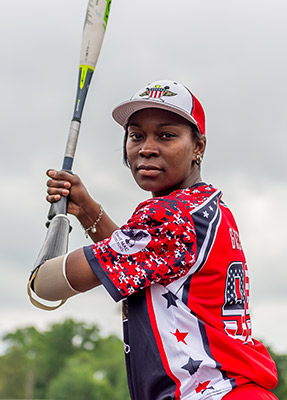 The Wounded Warrior Amputee Softball Team (WWAST), a group of veterans injured in combat who compete against teams of able-bodied players in exhibition softball games across the U.S., is returning to Akron on Saturday, July 15 for a charity doubleheader at Canal Park. Proceeds of the event will go to support the Laura Williams Dunlop Memorial Stand Down, an organization dedicated to combatting veteran homelessness, and Donovan’s Kids Camp.

Making her return with the team to Northeast Ohio – the site of her first game with the WWAST – is Danielle Green, a U.S. Army veteran whose story of perseverance, as an athlete and soldier, netted her the Pat Tillman Award for Service during at 2015 ESPY Awards.

Green’s WWAST journey began May 25, 2004. A member of the Military Police stationed in Baghdad, her day started like many others with an hour of early morning riot training. She returned to her barracks, thinking the day was all but done, but then her unit received last-minute orders to report to the local police station. When they arrived, Green immediately suspected something wasn’t right.

“When we got there, I realized there were no civilians,” she recalled. “Usually the civilians would greet us – the women and children. We get there and there are no police officers, just detainees. And we’re shorthanded.”

Standing atop the station’s rooftop during her turn on security detail, Green dropped to a kneeling position following an explosion against a barrier two stories down. As she flipped the lever on her service rifle from safety to fire, a second explosion hurled her to the deck. First she felt numbness. Then it turned into excruciating pain.

A rocket-propelled grenade claimed Green’s left arm that day, but she never lost her resolve. She had plenty of experience to fall back on, of course.

Green had already spent much of her life overcoming obstacles. Growing up with a mother who was addicted to drugs and refusing to become a victim of circumstance, she worked diligently to give herself a better life, taking two trains and a bus daily for four years to attend a better high school, joining ROTC and participating in as many sports as she could.

Her determination paid off through a scholarship to the University of Notre Dame, where she played Division I women’s basketball from 1995 to 2000. A few years after graduating, she decided to fulfill another lifelong goal by joining the Army.

Even after her active duty career ended, the challenges didn’t. Her husband Willie Byrd – who she had married shortly before her injury occurred – died of a heart attack in 2011, leaving her in a state of depression. It was at about this time that she learned about the WWAST.

“I was watching Real Sports with Bryant Gumbel and I saw these cool guys, these veterans with amputations, playing softball and giving back to the community,” she said. “That was the first time I saw them, but I never reached out.”

Green, who had been working as a re-adjustment counselor for the Department of Veterans Affairs (VA), opted in 2013 to take a supervisory position with the VA in South Bend, Ind., hoping a change of scenery would help her heal. The move also facilitated her introduction to the several key players on the WWAST after she was invited to participate in an exhibition game against them at her alma mater. Two years later, the team invited her to play with them at Firestone Stadium. From that point on, she was hooked.

Though Green was then and remains the only active female on the roster, the team accepted her immediately. As a veteran, she was used to working with mostly men. What she hadn’t counted on was how many “layers” there were to the WWAST – and how being part of a team again would fill her with a sense of purpose.

“It goes beyond playing,” Green said. “It’s about inspiring and giving people hope that no matter what cards you’ve been dealt that you can overcome and conquer that. We’ve got a lot of people that want to win of course, but for me it’s about getting out there and showing people the possibilities.”