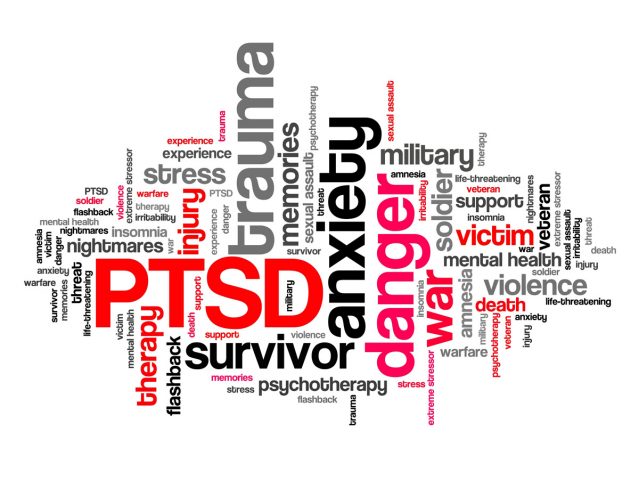 Over the course of a long career with the Summit County VSC, retired service officer Penny Haynes developed a reputation as someone always willing to talk to veterans impacted by traumatic experiences, offering comforting words and actively encouraging them to seek counseling. Talking with others about psychological issues came easy to her; however, that wasn’t always the case.

For many years, Haynes said, she was reticent to even acknowledge her own emotional struggles, let alone assist others with theirs. That began to change in 1986, when her sister, Collean Field, was brutally beaten and raped by a man she encountered in her garage. When Haynes found out about the incident, she was at a complete loss for how to help her sister heal.

“It was so uncomfortable to see her pain that it was hard for me to even talk to her about it,” Haynes recalled. “At that time, referring her to the rape crisis hotline didn’t even occur to me. I had no idea how to get her the help she needed.”

On Aug. 20, 1987, less than a year after her ordeal, Field ended her own life. Devastated by the loss of her sister, Haynes sought help from her family physician, who directed her to a local suicide support group. For Haynes, the experience was enlightening in more ways than one.

“My sister’s death opened my eyes to a lot of things I was oblivious about with myself,” she said.

Haynes said her sister’s death pushed her to seek psychological help for some of her own emotional struggles. “I tell people that she saved my life. In her death, she actually saved my life because I got the counseling I needed so that I could really live.”

More than that, counseling helped Haynes discover a name for what she believes killed her sister – post-traumatic stress disorder (PTSD). PTSD is a condition that sometimes develops in people who experience traumatic events, leading sufferers to re-experience trauma through flashbacks and nightmares; actively avoid stimuli that bring back memories of the event; become easily startled; have difficulty sleeping; and experience severe mood swings. The condition commonly affects veterans with combat experience, along with civilian victims of violent crime.

“My sister suffered a lot of trauma in her life, and I believe – and my psychologist believed – that she suffered from PTSD. At that time, I had never heard of it. I knew something was wrong with my sister, but I didn’t know what it was. It was only when I got help for the pain and grief of her death and when I sought to take care of my own issues that I realized what she was dealing with was PTSD.”

Two years after her sister’s death, Haynes began volunteering for Akron’s rape crisis hotline. Helping others who were struggling with traumatic experiences became part of her healing process. She carried this experience, along with her continued desire to help others, to her job at the VSC.

“I saw my sister – the symptoms that I had grown to know in her – in these veterans,” she said. “Had I not had the experiences I had with the suicide support group and through my volunteering with the rape crisis center, I could never, ever have been as helpful as I believe I was for the veterans I worked with.”

Haynes will never know whether psychological treatment would have made a difference for her sister, but she has found peace in her work with the VSC and rape crisis hotline. She urges veterans experiencing crises to seek help rather than trying to deal with their anguish alone.

“Getting help for PTSD is one of the hardest things a veteran can do, but it’s also one of the best things they’ll ever do because it helps them get centered again, find their balance and find a sense of joy and peace that they’ve lost,” Haynes said. “You can never change what happened, but you can make your future better.”

Veterans who believe they are suffering from PTSD can find valuable information on getting help at www.ptsd.va.gov. Anyone contemplating self-harm should reach out to the Suicide Prevention Lifeline at 1-800-273-8255 or the Veterans Crisis Line by dialing that number and pressing 1. Veterans also can text 838255 for help or use the confidential Veterans Chat at www.veteranscrisisline.net.