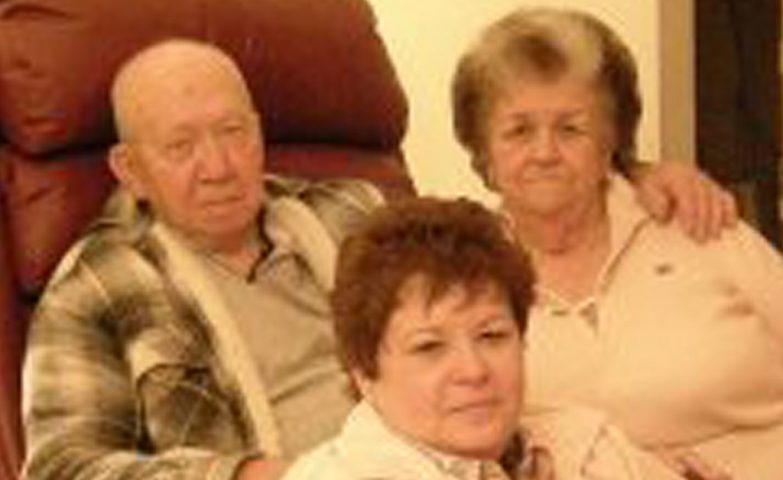 The roots of patriotism go deep for Edna Steele and her daughter, Terri Steele-Austin. Two ancestors signed the Declaration of Independence. Another was a captain for the American forces in the Revolutionary War, and a third fought for the Union in the Civil War. 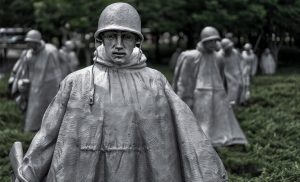 But Edna and Terri are most proud of Adam Ira Steele Jr., their husband and father, respectively, who was called away from a fledgling career at Barberton’s Babcock & Wilcox in 1951 to fight in Korea as a member of the U.S. Army. Steele was captured by forces of the People’s Republic of China in 1951 and held until the end of the conflict in 1954.

“Daddy didn’t like to talk about the war, but I know he suffered from his experiences for the rest of his life,” said Terri, a registered nurse. “I understood PTSD long before it even had a name.”

Edna recalls her husband returning home severely malnourished and suffering the effects of frostbite, an intestinal infection and multiple shrapnel wounds. He soon returned to B&W, however, where he worked in a variety of increasingly responsible roles until retirement in 1994.

“Men of that era didn’t like to talk about their war experiences,” Edna said. “He was determined and stoic. But for years he had nightmares and would shout out in his sleep.”

Though Adam Steele died in 2012, his wife and daughter have kept his memory alive through a variety of charitable activities, including a scholarship established in his name at the University of Pittsburgh School of Nursing, where Terri received her degree. Prior to his death, the family regularly donated gift cards to help brighten the holidays of Veterans and their families.

For the past 11 years, Edna and Terri have organized an annual dinner to raise funds and collect toys for the VSC’s Holiday Toy Drive. Additionally, for the past 15 years they have donated their time and labor to help create Thanksgiving and Christmas baskets for Veterans.

“The VSC was very helpful to our family, especially in getting Daddy’s pension straightened out,” Terri said.  She also cites Northeast Ohio writer Regina Brett as a catalyst for the family’s strong support of area Veterans.

“I read her book ‘Become the Miracle,’ and it really inspired me,” Terri said. “A group of friends and I used to get together and exchange gifts at Christmas, and it was getting crazy. None of us really needed anything. So, we agreed to try to make a difference in other people’s lives by donating money instead of buying gifts. After a while, we moved (the party) to my house and I got to pick the charity.”

“We were treated so well by the VSC that we’ve always wanted to help them help others,” added Edna.

And the roots of patriotism grow ever deeper.