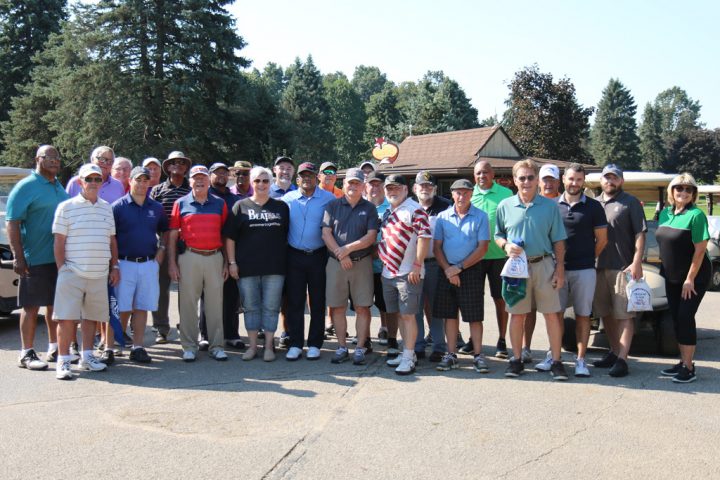 Following the successful launch of the James C. Seminaroti Benefit Golf Outing in 2017, the second annual event – held Friday, Sept. 21 at the Fox Den Golf Course in Stow – built upon its success by bringing in $800 to support the fight against amyotrophic lateral sclerosis (ALS). All proceeds from the event were donated to the ALS Association Northern Ohio Chapter.

“My dad was red, white and blue, through and through,” said Pete Seminaroti. “He loved nothing more than his country and helping other veterans who’ve served it.”

Research has shown that veterans from any branch – even those who have served during a time of peace – are at a much higher risk than the general population for developing ALS, a rapidly developing neuromuscular disease that affects thousands of people throughout the U.S.

“ALS is a truly devastating condition that disproportionately affects veterans and their families,” said David Burden, project manager, VSC. “The VSC thanks those who came out to support us in our second year fighting against this deadly disease.”

An Akron native and World War II veteran, James Seminaroti was actively involved in numerous local veteran organizations, becoming a founder of Fred W. Reese Veterans of Foreign Wars (VFW) post 3310 in Akron and contributing to the American Legion, the Salvation Army and the Military Order of the Cootie of the United States. As a member of The Salvation Army’s Akron advisory board for more than 15 years, he organized a program called Operation Concern that aimed to make soldiers’ send-offs more pleasant by providing breakfast and free necessity kits.

Seminaroti died Nov. 4, 1981 following his own battle with ALS. His legacy of service lives on in the VSC’s annual Veteran of the Year Award, presented each fall to a Summit County veteran who displays selflessness through service.