Tip of the H.A.T.: James Seminaroti Golf Outing Raises Over $1,000 for ALS 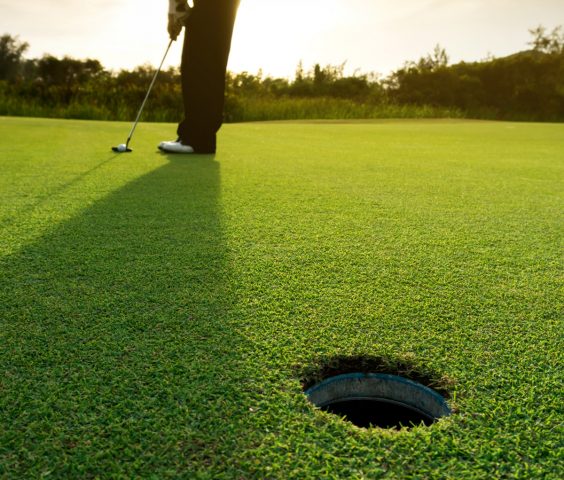 The First Annual James Seminaroti Golf Outing, held Sept. 1 at the Fox Den Golf Course in Stow, brought in more than $1,000 in support of the fight against amyotrophic lateral sclerosis (ALS). All proceeds from the event went to the ALS Association Northern Ohio Chapter.

“We were very pleased with the turnout at this year’s inaugural James Seminaroti Golf Outing, and even more so that the money raised during this event has gone to support such an important cause,” said David Burden, project manager, VSC. “ALS is a devastating condition that has impacted many veterans and their families over the years, and we’re hopeful that events like this will lead to improved treatments in the future.”

The golf outing is named after James C. Seminaroti, an Akron native and World War II veteran who stormed the beaches of Normandy on June 6, 1944 as a member of the Second Rangers Battalion, earning a Purple Heart for his service. After leaving the military, he returned home but continued to look for ways to serve his community and other service members.

Seminaroti was an active member of local posts for the Veterans of Foreign Wars (VFW), even helping to found the Fred W. Reese VFW post 3310 in Akron. In addition, he contributed his time to the American Legion, the Military Order of the Cootie of the United States and The Salvation Army. As a member of The Salvation Army’s Akron advisory board for more than 15 years, he organized a program called Operation Concern that aimed to make soldiers’ send-offs more pleasant by providing breakfast and free necessity kits.

Seminaroti died Nov. 4, 1981 following his own battle with ALS. His legacy of service led the VSC to name its annual Veteran of the Year Award after him. The VSC presents the award each fall to a Summit County veteran who displays selflessness through service to their community, non-profit organizations and other veterans.

“Though he’s been gone for more than 30 years, the lasting effects of James Seminaroti’s contributions as an advocate for Ohio military veterans and active-duty service members can still be felt to this day,” Burden said.