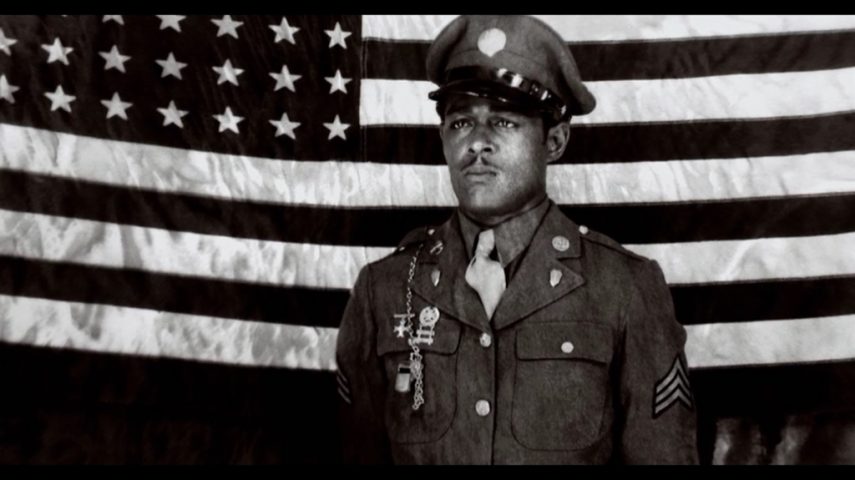 In February, we celebrated Black History Month, recognizing the achievements and contributions of African-Americans throughout our history.

The VSC is proud to share the story of World War II Veteran, Staff Sergeant Edward A. Carter, Jr., who served in the armed forces of three different nations and was posthumously awarded the Medal of Honor for his actions in battle.

Carter was born in in Los Angeles in 1916 to missionary parents, spending most of his childhood in India and China. In 1932, he ran away from home and joined the Chinese National Revolutionary Army to fight against invading Japanese forces. He ultimately achieved the rank of lieutenant but was forced out of the army when it was discovered he was only 15. He eventually made his way to Spain, where he joined the Abraham Lincoln Brigade, a unit of American volunteers supporting the Spanish Republicans in the Spanish Civil War.

In 1941, Carter made his third enlistment, this time in the U.S. Army and, within a year, achieved the rank of Staff Sergeant as part of the 56th Armored Infantry Battalion. Eventually, he voluntarily surrendered his rank and became a private in one of the newly formed platoons of Black troops established after the Battle of the Bulge. These troops were used to augment depleted divisions, providing combat support with only brief training in small unit tactics. Upon recognizing Carter’s experience and leadership, his commanding officer quickly restored his Staff Sergeant rank and made him an infantry squad leader.

On March 23, 1945, the tank Carter was riding on was hit by a German rocket, dismounting him and three of his fellow soldiers, two of whom were killed and the other seriously wounded in their attempt to escape across an open field. Carter continued on his own and was wounded five times before finding cover. During Carter’s retreat, eight separate German soldiers attempted to capture him, but he killed six and captured the remaining two, who he then used as human shields to make his way back across the field. Back at camp, these prisoners ultimately provided valuable information on enemy troop positions. His heroic actions earned Carter the Distinguished Service Cross as well as a Bronze Star and Purple Heart.

Carter died in 1963 at age 46 from lung cancer attributed to shrapnel in his neck. He was buried at Los Angeles National Cemetery and reinterred at Arlington in 1997. In the early 1990s – nearly three decades after his death – it was determined that African-American Veterans of World War II had been denied fair consideration for the Medal of Honor, and following review of his actions in the war, Carter was identified as one of 10 Black soldiers worthy of recognition. In 1997, his son accepted the award on his behalf. You can read Carter’s full citation here.

Thank you to Sergeant Carter and to all the African-American heroes who have bravely risked their lives in defense of our country. We are grateful for your service and patriotism.